I’ve been having two distinct conversations with opposite camps for years. One camp prefers a suburban life of quiet domesticity and private space. The other craves interaction in a vibrant public realm. The two camps don’t like each other. 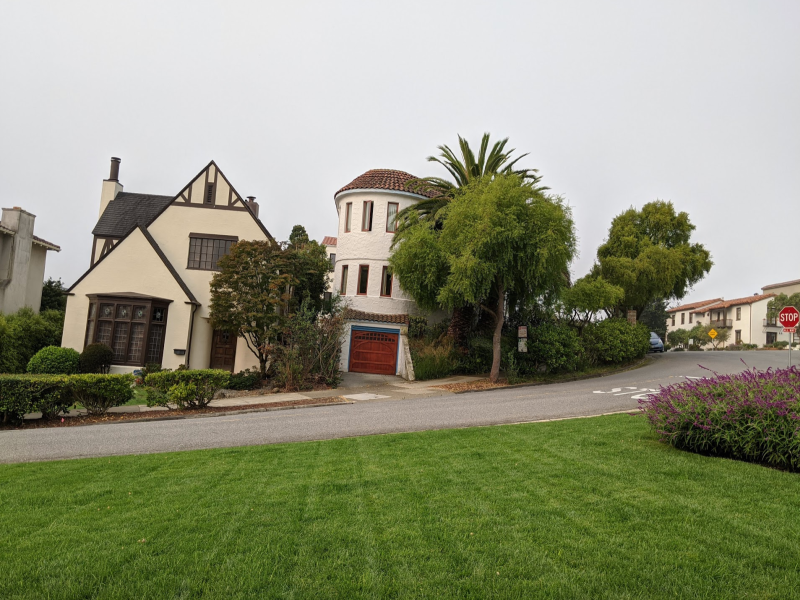 The suburban folks feel under assault as economic pressure and political shenanigans plot to destroy their way of life. Infill development, rental accommodations, the dreaded density, public transit, traffic congestion, lack of ample free parking, and a generous sprinkling of the wrong element are all enemies of an idyllic suburban environment. But many of the best suburbs are strategically located near employment centers, culture, and other areas of special value that make them more desirable than identical suburbs way out on the far fringe. On the other hand, the people who love convivial walkable neighborhoods feel oppressed by regulations and a broad culture that forbids such places to be newly built. Mandatory car parking, insanely wide roads, a prohibition on mixed use buildings, relentless income segregation, and the ever present BANANA (Build Absolutely Nothing Anywhere Near Anything) ethos makes traditional walkable neighborhoods extraordinarily difficult to cobble together. Since these places are so precious there’s a lot of local resistance to changing the ones that survive. So everyone is outraged at everyone else everywhere all the time. In reality suburbs do eventually thicken up whenever financial forces exert themselves on desirable territory. (The opposite is also true. As demand drops marginal suburbs become depopulated, lose value, decline, and wither.) At a certain point a successful location increases in density one way or another to accommodate market pressure. The question is always… how? I stumbled on this infill development site south of San Francisco in a fair-to-middling area of no particular distinction while it was under construction last year. I recently returned to see it in its completed form. It’s from the platypus school of new residential subdivisions. The official name of this cluster of townhomes, as depicted in uncanny valley renderings, is The Vista at Wellington Heights.

People of a certain age may remember the parlor game Mad Libs where each player is asked to provide random verbs, nouns, and adjectives that are later inserted into blanks in a partially completed story. See also the Chinese restaurant column A and column B method of naming a place. Panda Palace. Palace Garden. Jade Palace. Jade Garden. Panda Pagoda. Pagoda Garden. Jade Pagoda. Similarly heights, paired with a feature from nature, and a vague reference to something British will almost always congeal into the name of a housing development. Willow Glen Heights at Windsor III. The Oaks at Trafalgar Heights. Pinnacle Heights at Cotswold Meadows.

But I took one look at this place and immediately named it the Acropalypse – part mountaintop Greek temple, part Biblical catastrophe. It’s a triumph of advanced engineering and extruded synthetic stucco. The site was a previously unbuildable scrap of rocky land that remained vacant until the sales price of real estate finally exceeded the cost of the required infrastructure. You need to start with the fire marshal’s prerequisites for flat roads of a certain width and configuration, then add the specified number of parking spots per unit, water, sewer, natural gas pipes, storm water management, electrical and communications wires, earthquake stabilization structures… Plus there’s the political horse trading with local governments and community groups in order to obtain planning permission. In this case six of the units were offered at below market prices for qualified buyers. The loss taken on those six is then rolled into higher sales prices for the remaining market rate units.

The amount of flat land that’s carved out of this hill had to support enough units of the right kind to amortize all these expenses. This whole process takes years and millions of dollars to negotiate before any actual construction begins. Only a very large corporation with an army of specialized professionals can organize and finance this kind of project. In this case it’s KB Home. Any organization that’s smaller or less competent will fall far short. The end result is a continuous block of “townhomes” that are the structural  equivalent of Ramada Inns in drag. The buildings are set along a road wide enough for fire engines and garbage trucks out front and a narrow ribbon of patio space in the back. Notice The Vista at Wellington Heights is a gated community. A three year old child with a plastic spoon could break into this place with no trouble. But marketing is powerful and in many locations a gated subdivision, no matter how ersatz, will sell at a higher price than one that’s exposed to the unwashed masses next door.

This is the kind of de facto compromise I see everywhere when suburban requirements clash with urban density. We end up with a hybrid that’s neither verdant nor vibrant. This is what meets all the conflicting demands in a way people will accept and can pay for. Is the Acropalypse a good place to live? Perhaps for the people who choose to settle down here… It’s close to the city, but at arm’s length from the unsavory bits that come with city life. The interiors are spacious enough to raise children. There’s a two car garage and a wee bit of outdoor living space. This may be the best we can do under the present circumstances.

This site uses Akismet to reduce spam. Learn how your comment data is processed.